Rome has infinite treasures, and the city has innumerable wonders that reveal themselves daily to the curious traveller. But perhaps one of the most precious gifts the Eternal City has is the variety of the nearby landscapes, the artistic and natural attractions in a network of village, valleys, mountains, sandy beaches and blue sea, as well as white seaside towns.

Have you ever been to the Via Salaria, in the middle of Rome’ traffic?!

If at rush hour this may not be your idea of “Roman holidays” and you would like to take a surprise trip, be patient, bear the traffic queues and lights until you get out of the city, where this modern highway follows the route of the ancient “Salt Way”, and let the adventure begin!

Before starting, you need to remember that you need the time, because “surprise visits will involve lots of temptations to leave the main route to visit enchanting places.

First of all an ecological stop at the Marcigliana Nature Reserve, a real artistic and archaeological gem set in a panorama of hills and valleys rich in vegetation and woods. Stop and stroll through ancient oak trees, breath in the air and look around. The luckier may catch sight of a porcupine or even a fox!

Ready to start again? Continuing along the Via Salaria, you will soon come into the heart of Sabina, a timeless area that will leave you breathless. Ancient castles and abbeys, villages deep in the countryside, clear streams, abandoned farms and villas, an indescribable sensation. Do have a great imagination? Then you might imagine you are walking with valorous knights and ladies in long, swishing dresses.

Fara in Sabina, Magliano Sabina, Poggio Mirteto and so many other unique places: there is a lot to choose from because the Province of Rieti is large, comprising 73 towns, and unexpectedly varied: towns, rivers, lakes, woods, valleys, history, gourmet food, traditions. You will be surprised at every turn of the road.

Besides visiting museums, don’t forget to savour the delicious local products that include quality olive oil, wonderful salami and cheeses… and of course excellent wine. But be careful driving! After lunch, we recommend a couple of hours resting under the olive trees, leaving only when you feel ready. After all, you’re on vacation!

Ready to get going?

The valley is surrounded by peaks over 2,000 metres high: Monte Cambio, Monte Cavallo and Monte Giano, just to mention some of the mountains near the peak of Terminillo.

For lovers of SPORTS on vacation, there is a lot of choice; skiing, riding, mountain bike, fishing and trekking. Something for all preferences and all physiques!

This area has a number of small lakes or pools of Carsic origin, and enhance the sensation of being in another epoch, as the water reflects the hilly landscape and provide a fairytale atmosphere..

One of these is the small Lake Paterno, an unforgettable sight: it is 50 metres deep, with no streams flowing in or out, fed by an underwater river. This lake is in a charming hilly setting. In ancient times, Roman writer Pliny described it as the “navel of Italy because of its central position in the peninsula, and many magical rituals were performed there. Because of its isolated location and wild setting, Lake Cotilia (as it was called in ancient times) was considered to be a sacred place. This aura of mystery was enhance by a floating island, consisting mostly of peat, the location of a sanctuary for celebrating the rites of the goddess Vacuna, a divinity much venerated by the ancient Sabines and later by the Romans.

Vacuna was considered to be the patron of rest after the exhausting work in the countryside, and evoked in fertility rites related to Mother Earth.

Even today the lake retains in deep secrets with its murky, hostile water, the poor visibility, the steep cliffs and chilly currents. But don’t worry about these dark tales: in summer there are lots of tourists at the lake who enjoy the sunshine and relax on the little shoreline, where there is a children’s playground. On this side of the lake, the rounded stones provide an excellent place for fishing trout, carp, perch and even pike!

Speaking of sun, fishing and sport…after a day outdoors, aren’t you hungry? Leave behind the goddess Vacuna and her legends, and continue the journey, with an hour’s drive over hills, green uplands and enchanted landscapes to the town of Amatrice.

There it is, in the Monti della Laga, just near the Gran Sasso National Park. It was hit by the terrible earthquake in 2016, but not defeated, and with great dignity the population has remained to carry on the longstanding tradition of hospitality and gourmet food.

The people are courageous, hospitable and hard-working, not seeking pity but wishing to return to a normal life through work. The tourist trade that filled the streets with voices and laughter and ensured prosperity, now provides a new hope.

Choose one of the restaurants that have reopened, despite the innumerable difficulties but without losing their enthusiasm and excellent cooking. Enjoy the famous Amatriciana pasta and savour this tradition.

Chat, exchange smiles and comments, and look directly at destruction and rebirth.

Let’s help make sure that there wonderful places are not forgotten; you will come back from your trip enriched.

This site uses Akismet to reduce spam. Learn how your comment data is processed. 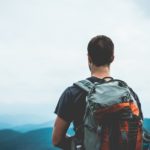 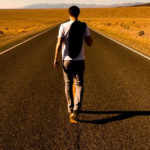