When you book with an account, you will be able to track your payment status, track the confirmation and you can also rate the tour after you finished the tour.
Sign Up
642
8 days / 7 nights
ROME
Min Age : 18
Max People : 50
DetailItineraryMapPhotosReviews

The Dolomites of Val Pusteria
The Dolomites, such as the range in Val Pusteria, are mountains unique in the world. This type of mountain can only be found in the Alps, specifically in the area between Alto Adige, Trentino and the provinces of Belluno, Udine and Pordenone. They are the result of the accumulation of shells, coral, algae and other sedimentary rocks, rich in limestone, that rose to heights sometimes over 3,000 metres due to the clash between the European and African geological plaques. Up to 20 million years ago, the entire Dolomites area consisted in coral atolls similar to the Bahamas.
The Dolomites acquired their name from the French naturalist Déodat de Dolomieu, the first researcher to study the rocks forming these mountains. The type of rock was dubbed dolomia, and is rich in mineral water called dolomite. The Dolomites are also called the Pale Mountains, based on the legend according to which the ancient inhabitants wove them with moonbeams.

Sesto Dolomites
The Sesto Dolomites form the north-eastern part of the mountain chain. They are bordered by the Val Pusteria to the north, the Valle di Landro to the west and the Valle d’Ansiei to the south. The most famous peaks in the Sesto Dolomites are definitely the Cime di Lavaredo, the highest of which is 2,999 metres. The three Cime di Lavaredo are a symbol not just of the Dolomites, but also of Alto Adige, and are amazing and majestic. Other famous peaks are Monte Paterno, Cima Una, Cima Tre Scarperi and Cima Nove. This part of the Dolomites has a lot of Alpine refuges, the most famous being the Rifugio Antonio Locatelli.

The Braies Dolomites
The Braies Dolomites are bordered by the Val Pusteria to the north, the Val Badia to the south-west and the Valle di Landro to the east. The highest peak is Croda Rossa d’Ampezzo,  which is 3,148 metres high. Other famous peaks are Croda del Becco, Piccola Croda Rossa, Picco di Vallandro and Sasso del Signore. The Braies Dolomites are intersected by the Valle di Braies, a small side valley of the Val Pusteria. The Valley of Braies ends with the famous Lake Braies, one of the most beautiful in the Alps. Finally we should visit the Prato Piazza, a meadow at an altitude of 2,000 metres with a marvellous view over the Braiese Dolomites, in the Fanes Senes Braies Nature Park.

8.00 am (morning). Please be on time and arrive at least 15 minutes before departure for stowing luggage and assignment of seats on the bus

This trip is designed for everyone to enjoy: families with children, couples looking for well-being, relaxation and a little romanticism, gourmets fond of typical recipes and lovers of sports with full immersion in a natural setting that is a UNESCO heritage site.

Departure from Rome – optional lunch at the motorway restaurant – in the evening check-in in hotel at Muehlen in Taufers – dinner and overnight stay in hotel.

Breakfast at the hotel – in the morning excursion by cable car to Plan de Corones to enjoy the splendid view of the Dolomites – optional lunch – afternoon to take walks and relax – dinner and overnight stay in the hotel.

Breakfast at the hotel – day trip with guide – tour of Bolzano (Duomo, Piazza Walther, Via dei Portici, Chapel of San Giovanni with important grotesque frescoes in the Dominican Convent) – optional lunch – in afternoon tour of Merano (Piazza del Teatro, Duomo, Via dei Portici, walk along the Passirio) – in the evening return to the hotel – dinner and overnight stay in the hotel.

Day 4TOUR OF THE DOLOMITES “the Great Road of thee Dolomites” km. 180

Breakfast at the hotel – day trip with accompanying person – departure for Cortina d’Ampezzo – visit of the city – panoramic view of the three peaks of Lavaredo – stop at Lake Misurina – optional lunch – in the afternoon stops at San Candido and Sesto Val Pusteria with the Val Fiscalina – in the evening return to the hotel – dinner and overnight stay in the hotel.

Breakfast at the hotel – in the morning free time for taking walks and relaxing – optional lunch – in the afternoon trip with accompanying person to Brunico – walk in the old city and visit to the Municipal Museum – in the evening return to the hotel – dinner and overnight stay in the hotel.

Breakfast at the hotel – day trip to Austria – tour of Innsbruck with guide (city centre with the famous Golden Roof) – optional lunch – you should try a dish of speck – free time for shopping and relaxing – in the afternoon return with stop at Bressanone – walk in the town centre with accompanying person (Piazza del Duomo, Duomo, Palazzo dei Principi Vescovi, Via dei Portici) – in the evening return to the hotel in Trento – dinner and overnight stay in the hotel.

Breakfast at the hotel – free day for relaxing, taking walks, shopping – optional lunch – dinner and overnight stay in the hotel

Breakfast at the hotel – departure for the return to Rome – optional lunch on the road – arrival in the evening. 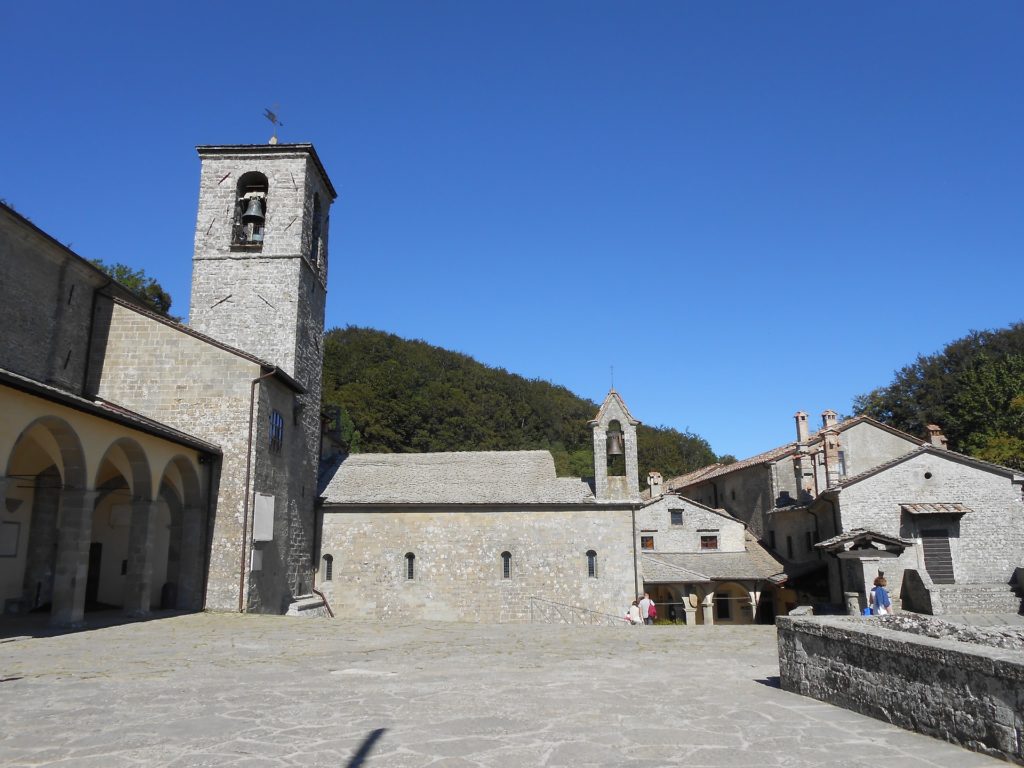 ASSISI, CASCIA AND LA VERNA FOR THE FEAST OF ST. FRANCIS